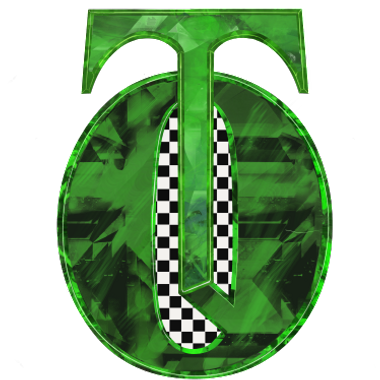 Tim Ozman
Host of Infinite Plane Radio and author of The Flat Earthers: Life On The Edge of Reality, The Autohoaxer Handbook, Deep Faked, and Guardrails.
November 17, 2020 08:39 PM
Public post


The Flat Earth Report is the only news not assuming the the earth to be a spinning ball in a flat solar system. Sign up to the newsletter at http://theflatearthreport.com


"Now Richie Londres, Carpenter’s partner in crime in his side project, Sol Invicto, has come to his bandmate’s defense.

“Just wanted to say, on a flat plain or a globe or a donut, I stand with my brother @stefdodoubleg  all day long. Any ‘fans’ or ‘news’ sites getting their biscuits soggy over a random bit of chat on a podcast are having a laugh. I’ve watched Stephen be a gent to every single person he’s met and written some hall of fame level riffs in his time, even if you do think he is a mad-lad, so what? He’s not working for the WHO he’s a musician and frankly Stephen is one of the tiny minority of famous musicians who isn’t a total wanker, he’s a genuine dude and anyone who’s met him will confirm, he’s only annoyed me once, when he left the studio early to go to a birthday party, but I’ve since forgiven him so that’s fine now. All the best, Richie #istandwithsteph #golfearth

"As a so-called news site getting our “biscuits soggy over a random bit of chat on a podcast,” I can say that sure, I am having a laugh, but I am also gravely concerned that a) someone can be so misinformed and duped into thinking things are a certain way (what’s more, Carpenter is just one of millions), and b) a member of a band I’ve admired (and millions of fans have admired) for nearly two decades is one of them. The whole thing is alarming.


Londres’s point that as a musician who writes “hall of fame level riffs” Carpenter’s views are harmless is only sort of true. Sure, he’s not a white supremacist or a hateful person in any way, and I get that; I buy that he’s a “genuine dude.” Still, if any young Deftones fans reading the interview take the bait on the anti-vaxx bullshit, Carpenter is most certainly doing harm to the world.

Galveston Letter to the Editor:


Those recently writing in favor of the Electoral College, who contend that the will of the people shouldn't be decided by a majority, need to look up the word majority.


They should also look up the definition of democracy and, especially, the word Orwellian. One vote in North Dakota equals five votes in California. That's an example of Orwellian.


These are the same folks who agree wholeheartedly with their favorite radio jock that two plus two equals five, the Earth is flat, and if you look over the edge of our flat Earth into the fire and brimstone you will see Nancy Pelosi ordering a double cheese pizza from Hillary’s Pizza Parlor.


ANCOUVER -- Makhan Singh Parhar was back in court Monday on charges he broke quarantine rules put in place to prevent the spread of COVID-19.


Last month he went to the United States to attend Flatoberfest, a conference for people who believe the Earth is flat. Upon returning he was told to quarantine, but New Westminster police say he broke the rules.


He was ticketed at the time, and arrested due to allegations of repeated violations.


The Quarantine Act came into effect because "that’s what’s needed, at least according to our public health officials, to combat the virus,” Donich said.


But the act is not meant to be unilateral or indefinite.


"I think it’s a good thing laws are challenged by everyone and anyone when they have an opportunity," he said.


"We don’t want our government and elected officials to have unlimited power and free will to do whatever they want."


Donich also explained that claiming the law is a violation may be an accused's best defence.


"If you're under order to quarantine and you leave your house and you're caught, you can't say, 'It wasn't me,'" he said.


"If you’re going to fight it, your only defence, I think, is the law’s not valid or it’s not being applied properly to me."


That’s what Parhar appears to have planned. He’s filing a claim in his case against government officials.


"We’ll stand up against the infringement on the right and freedoms of every man and woman. Healthy people should not be quarantined. The sick need to be quarantined."

A video from those whom deny reality. But if you are going to believe in a flat earth then you MUST deny many, many things about this reality. If somebody wishes to offer support for a flat earth why not offer evidence indicating Earth must be flat rather than being all anti-globe and making all those claims that just about everything is a conspiracy? What is it about flat earth that threatens the establishment the most? In order to be a flat earth believer a person MUST accept by faith that every government on this planet which has existed over the past few hundred years has agreed to fool all people about the shape of this planet for some vague reason while, at the same time, trying to destroy each other with wars. They MUST also believe that all of those governments have the knowledge, skills and means to prevent millions of scientist, mathematicians, engineers, physicist, astronomers, cartographers and others from discovering the deception during their own lifetime of independent study and research. Such impossible conspiracies are required before this planet could be flat

R.E.M. also wrote another song supposedly about Andy Kaufman, just for the movie, called “The Great Beyond.” But there is literally nothing in the lyrics that seems to relate to Kaufman at all. Rather, they again appear to pertain to the idea of being trapped inside a fake reality, and the music video that was released to go along with it actually appears to reference the premise of The Truman Show. It shows R.E.M. trying to break out of an extra-dimensional “TV land” that they are trapped in.

The Truman Show is a film about someone living in a world that is exactly like the flat Earth model proposed by conspiracy theorists today. In The Truman Show, Carrey plays a person who is unaware that his entire life is a nonstop reality show, and that the world he lives in is completely artificial, with a spotlight acting as a fake sun, and the director of the show orchestrating things from a fake moon above his head. His world is inside of a dome, which he discovers when he sails across the fake ocean until he reaches the wall of the enclosure. In the flat Earth model, we are actually inside of a dome, with an artificial moon and sun above, surrounded by a wall of ice that we think of as the continent of Antarctica.

Goto http://theflatearthreport.com/ for the podcast and don't forget to sign up for the newsletter.