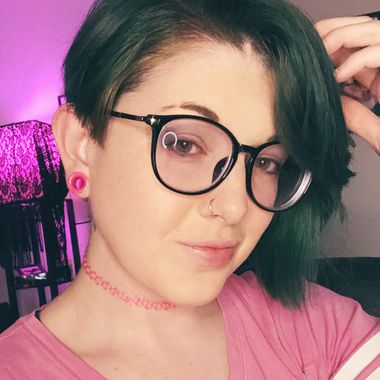 Judith Rose
That ex Dem from TikTok and Twitter! Willing to dedicate all of my time to creating content and speaking my mind. I'm here to shake things up and hopefully wake up some young minds to join us in The Great Awakening!
Aug 14, 2020 11:53 PM
Public post
MY FIRST SUSPENSION
I woke up unable to respond to tweets or take any action on my accounts, both rudejude91 and judeofarc1111. I knew it was a looming possibility, but I have to say I wasn't expecting it so soon. I've been careful about using hashtags, but I've been on their radar probably since my first viral video.
It was a little gut wrenching, I'll admit. I've been a little down today. Annoyed, but not destroyed! Many people have experienced multiple suspensions. This is my first! It must mean that I am, as they say, above the target. I must be saying something they don't want me to say. Why else would I be suspended with no warning whatsoever? I don't attack people, I don't troll.
The last few posts I made before my account was suspended included a video in which I may vote for Trump due to what I'd learned about Biden/Harris, as well as a book called Alien World Order by Len Kasten. I wonder what exactly set them off.
I have made a new account on Twitter: @judithrose91. I made sure my linktree reflects this change.
Currently in the works are a possible t-shirt/sticker design, as well as a new single coming soon I made with a friend. I'm not going anywhere!
This website uses cookies to improve your experience while you navigate through this website. Continue to use this website as normal if you agree to the use of cookies. View our Privacy Policy for the details. By choosing "I Accept", you consent to our use of cookies.