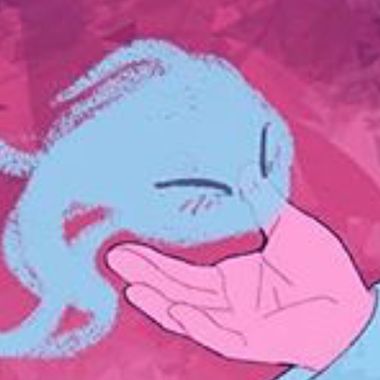 ArtByChetan
I make fantasy comics and illustrations, and I’m learning how to make games too
August 14, 2020 09:22 PM
Public post

In the game Antigravity, the player takes control of Douno Cheung, a young teenager, as you awaken in a strange, blank place. A voice helps you explore and draw upon your magical powers, but reveals itself to be a self-motivated manipulator.
You're brought to your senses by a magical girl, Serena Cavanaugh, the latest in a long line of people with magical abilities who've made it their duty to help vulnerable people at risk of being consumed by their own emotions as you were. To repay her, and to find out who tried to manipulate you, you decide to aid her in her quest.
From here on, you start exploring the distorted mindscapes of the mysterious villain's next victims, using your magical powers to find and defeat the deepest part of their turmoil. On the way, as you engage with others, you find your recently discovered own mental wounds healing as well.

The game is set in a small town, allowing the player to get to know a full cast of 48 (planned) colorful characters each with their own background and story arc. They know each other and their interpersonal relationships will advance as the game progresses.
There are two worlds: the "real" world in which you live as a normal human person, interact with other characters and buy supplies and equipment; and the magical world, which hosts (including the tutorial) eight dungeons to explore.
Queer themes and trauma (both related and not) will feature heavily in this project, appropriate content warnings will be given when relevant.
Examples of queer themes: ability to choose Douno's pronouns (between he/she/they), majority of characters are at least one of LGBTQIA+.
Content warnings that will come up: blood and gore; religious zealotry; depression and suicidal ideation; homophobia, transphobia, ableism; and references to (primarily domestic) physical, emotional, and sexual abuse. Also spiders and other insects.

My current plans are for the game to have puzzle platforming challenges utilizing the characters' magical powers, and the battle system will depend on what I find most feasible/engaging when I get better at actually making games. I plan to have the visuals be simple, bright 3D models, and I intend to do the majority of the work myself, though I intend to outsource the music at the very least.