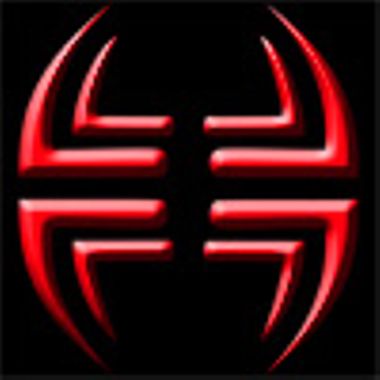 Thanks for joining in and donating! Not only do you get your name on the front of videos, but you also get to join in on the Let's Play votes every time we're running out of currently requested games!

Thank you so much! Due to how much you enjoy my work you get boosted up, and not only get the goodies $1 got, but also join in on the movie votes when a Monthly review is not planed for!

Thank you so much for helping out. At this level you get everything listed before, plus join in my Discord, and I'll start planing out monthly votes for music remixes!

Wow that a jump. You get everything listed before this, along with getting to request a CD of my Remix Music. Anything you want as long as it fits on the disk!

I am almost sure no one will join this but one can dream. If you are super crazy and want to help out a lot, here we are! Along with everything from before, I will also set aside a weekly time to join these subs on a Multiplayer game of their choice!

AGAIN I doubt any one will hit this, but one can dream. Everything listed before, plus extra opening credit page for only subs at this level, and we'll look into doing something special like a signed title card or a second special CD. Your choice!

Before I start the next vote. Figured I'd post an update of games that have been finished once again.


Dungeons & Dragons Online While I do enjoy the game play of DDO, sadly my co-host didn't, that and the lacking larger story line, at least earlier on in the game, leaves much to be desired story wise. So it was ended with only 6 episodes currently.


Serious Sam HD While it was fun to play, we went through Sam crazy fast. Lasting only 2 episodes and even ending on a bit of arena play.


Warhammer: Vermintide Lasting only 6 episodes we did play almost all the maps in this game. I think we did miss the final map, but all you need to know is that the heroes fell through a portal to start up the next game. And we likely will be playing more of said next time when we can find the time to focus on it.


Blood & Bacon Blood spray, just blood spray everywhere. If you don't like the idea of a bunch of people running around shooting up crazy pig zombies, then maybe skip this one.


Book of Eos A indie game got through, I know the creator of his one, he's in one of my D&D Games. Final Fantasy 4 inspired some of the ideas in this, so if you're interested in a story about monsters saving the world from a world ending disaster, then this is your go.


PlaneScape: Torment Possibly one of the best stories ever told in the PC Dunegons & Dragons games from the 90's Fallow the story of The Nameless One as he rediscovers who he, and every one around him is, and tries to stop a mistake started by his past self, that is ripping the planes of D&D asunder!


Wolfenstein 3D After the events of Spear of Destiny, B.J. is sent on a special mission to end a secret weapon project in Germany during WWII. Also, his second mission months later as he breaks into HIS bunker!


Populous: The Beginning This one had a lot of promise, making a more playable, and visually more appealing game then the pervious two games, However after being stuck for hours on the same map, it was time to give up on this after 10 videos.


System Shock Clocking in at 16 Episodes, System is a rough but playable simulation dungeon delve. You are a hacker that has been brought up to a high grade space station, and for helping the Vise CEO of the company with a project he had planned, you are given a top line deck implant. However when you wake up, it seems every one is dead, and the station is swarming with mutants and robots gone mad!


Bastion At 7 episodes I was shocked as to how short this was, I was also expecting to need to grind everything. I was thankfully wrong, and the ending is very nicely done.


Star Wars: Dark Forces With the backing up of BitChute, I feel safe enough with the plan to continue this series. Fallow Kyle Katarn before he found out he was force sensative, and takes on his mostly deadly mission for the Rebels yet. Who, or what, are the Dark Troopers?

Been a while, but I have been adding a bit of extra now and then. But with the change in focus st...

Posting an update here for the shows that have been finished for those that may not have seen it yet. These are all the games that have stopped (for now) since January.
Multiplayer
River City Ransom Underground Sadly this one ended as a bust. The game play pissed off the entire group so much, that we rage quit on the final episode. Lots of potential all of it wasted.
Human Fall Flat It is likely we will continue this game again, as they do tend to release official maps a couple times a year. So expect it to come back in one burst in another year or two.


Team Fortress 2: Mann Vs Machine A very fun though short series. It's a shame they never added more to this mode. But if you want to see a group of 6 of us battling it out with robot doubles, then this is your jam.


Castle Crashers I have never finished a game by these creators until now. This was quite a bit of fun despite a rough start. Maybe we shall look into playing more of these some time.


Half-Life 2 It's all done, a very fun game, though I would remind viewers it does end on a still unfinished cliff hanger.


Final Fantasy III Just recently finished, Final Fantasy III is at times a very tough game, but it was fun to finish, and was a great romp in an updated classic (despite issues with one of the patches).

$20
to reach
the Goal
The Return of the Ghost Rider Vlog! Bring back the Ghost Rider Vlog series this time to a weekly release, and start covering the next series of books featuring Danny Ketch!
$60
to reach
the Goal
He-Man Vlog Review Series! Going back to the beginning and reviewing the original 1980's TV series, and everything that fallowed. At this goal, I should finally be able to afford parts of the series I don't yet own.
$120
to reach
the Goal
Partially Independent! At this much I can start to fix up my home furnishings as well as to start affording better equipment for the shows! Better cameras, stronger computers, the works!
$240
to reach
the Goal
Independent! At this goal I no longer need to look for a normal day job, and should hopefully make enough to set aside for taxes and other things.