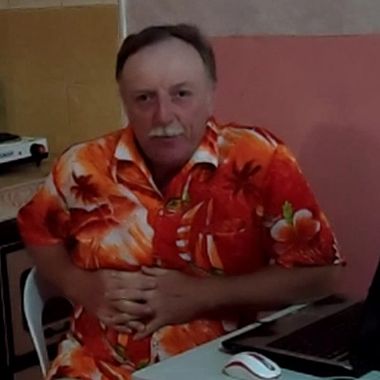 Kahno Korner
A transplanted Midwesterner who spent enough time in California to decide that if he was going to live in a developing country he'd rather experience the real thing.
Subscribe
Send Message

When I opened the account $1.99 was the minimum tier. Now that it's available, I have a free tier where I can throw stuff out there and see if anyone cares. Yippee!

Kahno Korner
Public post
Hi Everybody, I've let this page go dormant while I spent way too much time on You Tube and other online forums.  Sometime in the next 24 hours I'll be uploading a video about my fundraising goal.  Yes, I'm aware that's a little backwards.  I was caught off guard by the recent travel restrictions and it didn't make much sense to me to ask for help before setting up the framework for those who might be inclined to do so.
Comments (0) loading...
Like(0)
Dislike(0)


Late last year I was donating plasma for pocket money.  One of the up sides is that they track your weight, blood pressure, and check a half dozen other things on every unit you donate.  They want to make sure they're getting what they pay for and that you're not going to sue them for messing you up.  I was 240 pounds, blood pressure and blood glucose levels were high enough they encouraged me to see a doctor, but they let me keep donating until I crashed a liver function test.  Oddly enough that was *after* I started taking off the pounds.  Here's a hot tip.  If you're going to do any sort of low carb diet, Atkins or whatever, be absolutely sure you're drinking enough water or your liver will hate you. (and probably hurt you as well)

I'll be doing a series on how I dropped the pounds without feeling like I was starving.  I'm not interested in becoming some sort of diet guru, just telling anyone who might be interested what worked for me.  I'll also give you everything you need to know if you want to try it yourself absolutely free, in the public part of this site as well as on other social media platforms.  As time goes by, I'll be adding higher value content for subscribers.  Right now the lowest, (only), tier is $1.99/mo. and there isn't anything worth even that much.  Just announcing coming attractions and posting  photos I've picked up along the way.  Could this be why it's so hard to lose weight in Wisconsin?
Comments (0) loading...
Like(0)
Dislike(0)

Hi everybody. As you can see, I'm just getting started. Right now I'm waiting on approval of my account. Until then I'll be working on YouTube vids that include a link to this page. There is no premium content available yet and only one subscription tier so until I've been approved all my content will be public. Check back now and then for further developments.