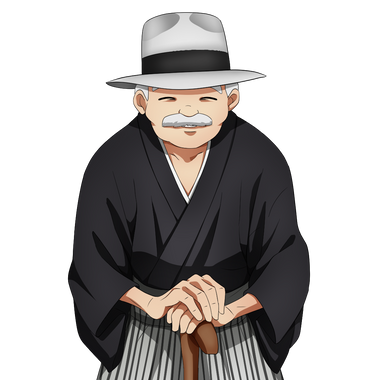 Watchman Films
By proceeding, you confirm that you are
at least 18 years of age.
Yes, I choose to proceed
Cancel
Cancel

In the little town of Akaoka, Japan, a bullied teen lives everyday in monotonous torment until he meets a newcomer, a strange girl who finally treats him kind. This triggers an unnatural obsession in him as she becomes the final straw to an ever-deteriorating sanity and the monstrous transformation he'll undertake that'll change his hometown forever...

If you like 80's anime, if you like 80's slashers, you've come to the right place!
Behold a smooth film experience with a UI that even looks like an old VHS player! A linear electric novel that's easy to read and easy to recommend! Count all the horror tropes because you're going to see them! With a cast of Japanese voice actors planned and a compelling storyline about one boy's fall from sanity, buckle up - because you're going to see things from the eyes of a killer!

Just look at theses 1980's aesthetics! A world of VHS that caters to the classical slasher flicks of old! Every screen will have filters to retain the dark, grisly feel you know and love! Cue the gruesomeness and final girls! Cue the jumpscares and low-budget filmmaking! Cue deaths from knives and creepy mask breathing!

Can't have classic horror without dumb, tropey characters to fill it! You've seen them before, now see them get stalked again in anime form! Each one will be voiced Japanese and given radio-like filters to keep you deeply trenched in the feels of a classical 1980's anime! By these two elements you'll see something you don't see often, if ever, in today's anime - the slasher genre.

Hope to release by 2022 on Steam and Itchio, for FREE.
Free, you say? So why should I even bother sub-
Do you want the game next year or in two/three years? Plus, why not become part of the experience by becoming a character in the game! I've paid everything on my own and am willing to pay more with my irl job, but even with all my rent paid off it will take sweet time to complete this big work! I'll keep the game's progress updated starting on the week after the Steam release, doing weekly progress checks when I can.

Also it should be noted that if funding for the game fails, obviously it may not be done by 2022. There is also the possibility that I may work on another shorter project to earn people’s trust in my ability to create a good game. Like BUTA, it is planned to also have similar 80’s aesthetics, so sit tight!

For anyone who has any questions, contact me: [email protected]

Update:Things have been changed. The current project will go right ahead into an episodic format,...

Watchman Films
Public post
And here we go! The finished product, future subs! Thus now you know how this process works for me, lol.
ButaWatchman121
Comments (0) loading...
Like(0)
Dislike(0)

Watchman Films
Public post
Hello subscribers,
This is my first post for you special people.
I must admit I'm new to this site, probably as new as most of you. If you've gotten this far you have my eternal thanks. Right now I'm working on getting some artwork for the next scene in the game so far, a scene on the streets outside a love hotel.
Here's the basis I'm sending my artist.

$7,000
to reach
the Goal
To make this game in it's entirety including artwork, voice actors, script translations, and animation if God-willing we get there? We need a lot of money. 7k and I should have plenty to work with. Should hopefully be out by next year if not early the year after. Extra funds will go into polishing for a smoother and faster release.