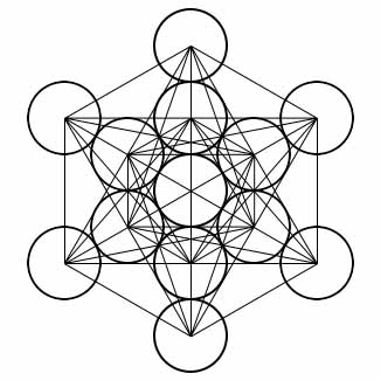 ShadowLing
Love all hate none. I am a Youtuber, musician, gamer, parkour enthusiast, gamedev, and I am into many many other things. My goal in life is to grow spiritually and learn as much as I can. I am a freedom fighter. Also I like to think I’m an aspiring esports semi-pro.
Subscribe
Send Message

Send me a message telling me what the profile picture is

Yeah, now I can feed myself and be contributing to society thanks.

You have needle spined ranged attack and you can also now shoot acid.

Ok now you have giant Spikes coming out of a huge massive hardened carapace. You are a giant mass of flesh. You have two tusks shredding anyone in your path and they are blunt organic weapons so good luck healing from that cut and infection...

Christ You are now a giant flying thing with tentacles you happy now? Good job.

-From the Thiaoouba Prophecy easily found online for free.

‘For approximately one hundred and forty years on your planet, man has been accelerating the destruction of Nature and the pollution of the environment. This has happened since the discovery of steam power and the combustion engine. You have but a few years left in which to arrest the pollution before the situation becomes irreversible. One of the principal pollutants on Earth is the petroldriven engine and this could be replaced immediately with a hydrogen engine that would cause no pollution, so to speak. On certain planets, this is called the ‘clean motor’. Prototypes for such an engine have been constructed by various engineers on your planet but they must be industrially manufactured in order to replace petrol engines. Not only would this measure mean a seventy per cent reduction in current levels of pollution by combustion waste, but it would also be more economical for consumers. ‘The big petrol corporations had been terrified at the idea of this motor being popularised for it would mean loss of sales for their oil and subsequent financial ruin. ‘Governments, too, who impose enormous taxes on these oils, would suffer equally. You see, Michel, it always comes back to money. Because of it, you have a whole economic and financial context that opposes progress towards radical change in the interest of all human life on Earth. ‘The people on Earth allow themselves to be pushed around, bullied, exploited and led to the abattoirs by political and financial cartels which are sometimes even associated with well-known sects and religions. ‘When these cartels fail to win the people with clever advertising campaigns intended to brainwash them, they try to succeed through political channels, and next through religion or through a clever blend of the lot. ‘Great men wanting to do something for mankind have simply been done away with. Martin Luther King is one example; Ghandi is another. 164 Thiaoouba Prophecy ‘But the people of Earth can no longer allow themselves to be treated as fools and led to the abattoirs like flocks of sheep by leaders that they, themselves, have democratically elected. The people form the vast majority. In a nation of one hundred million inhabitants, it is absurd that a group of financiers comprising perhaps a thousand individuals can decide the fate of the others - like the butcher does at the abattoir. ‘Such a group has well and truly stifled the business of the hydrogen motor so that it is no longer mentioned. ‘These people couldn’t care less what might happen to your planet in years to come. Selfishly, they seek their gains, expecting to be dead before ‘whatever is going to happen’ happens. If the Earth disappears, as a result of horrific cataclysms, they assume they will already be dead. ‘There, they are making a big mistake, for the source of the coming disasters is the pollution which is growing daily on your planet, and its consequences will be felt very soon - much sooner than you can imagine. The people of Earth must not do as the child forbidden to play with fire; the child is without experience and, in spite of the prohibition, he disobeys and burns himself. Once burnt, he ‘knows’ that the adults were right. He won’t play with fire again but he will pay for his disobedience by suffering for several days afterwards. ‘Unfortunately, in the case that concerns us, the consequences are much more serious than the burn of a child. It’s the destruction of your entire planet that is at risk - with no second chance if you don’t place your trust in those who want to help you. ‘It interests us to see that recently established ecological movements are gaining in momentum and power; and that the young people of Earth are ‘carrying’ other sensible people along with them in their fight against pollution. ‘There is only one solution, as Arki told you - the grouping of individuals. A group is only as powerful as it is large. Those whom you call the conservationists are becoming stronger and stronger and will continue to do so. But it is vital that people forget their hated, their resentment, and especially their political and racial differences. This group must be internationally united - and don’t tell me that is so difficult - for already on Earth there exists a non-violent and very large international organisation - the International Red Cross, which has been functioning effectively for quite some time. ‘It is essential that this conservationist group include in its programs not only the conservation of the environment from direct damage but from indirect damage as well, such as that which results from smoke: exhaust fumes from vehicles, smoke from factories, and so on.

‘The waste water from large towns and factories, which is chemically treated, is also harmful and empties into river systems and oceans. Smoke from the USA has already caused more than forty lakes in Canada to become sterile by means of the acid rains it provoked. The same thing is occurring in Northern Europe due to pollution from French factories and the German Rhur. ‘Now we come to another kind of pollution that is of no small concern, though people might readily dismiss it. As the great Thaora told you, noise is one of the most noxious pollutants for it upsets your electrons and unbalances your physical compartment. I haven’t yet mentioned these electrons to you and I see that you are not following me very well. ‘A normal human Astral body contains approximately four billion, trillion electrons.1 These electrons have a life span of approximately ten billion, trillion of your years.2 They were created at the moment of creation. Your Astral body contains them and, when you die, nineteen per cent rejoin the electrons of the universe until required by Nature to form a new body or a new tree or animal, and the eighty one per cent rejoin your Higher-self.’ ‘I don’t quite follow you,’ I interrupted. ‘I know, but I intend helping you to understand. An Astral body is not quite what you would call a pure spirit. On Earth, there is a belief that the spirit is made of nothing. This is false. The Astral body is composed of billions of electrons, exactly marrying your physical shape. Each of these electrons has a ‘memory’ and each is capable of retaining as much information as is contained in all the books that fill the shelves of an average town library. ‘I see you are staring wide-eyed at me, but it is as I say. This information is coded, like a microfilm containing all the plans of an industrial installation that a spy would be able to pass in a cufflink, though much more miniaturised than that. Certain physicists on Earth are now aware of this fact3 but the public, at large, hasn’t been informed of it. Your Astral body transmits and receives messages, by means of these electrons, through the channel of your brain, to, and from your Higher-self. Information is being transmitted without you being aware of it, thanks to a weak electric current from your brain in harmony with your electrons. ‘Since it is the Higher-self which sent this Astral body into your physical body, it is in the natural order of things that your Higher-self should receive information from your Astral body. ‘Like all things electronic, the Astral body – tool of the Higher-self – is quite a delicate tool. During your waking hours it is capable of sending messages of extreme urgency to the Higher-self but the Higher-self seeks much more than that. 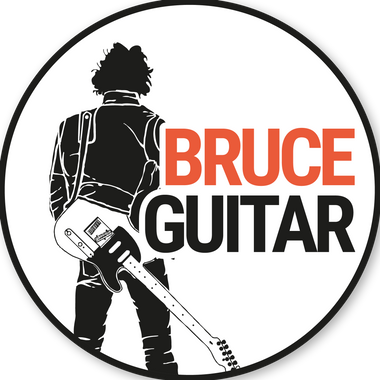