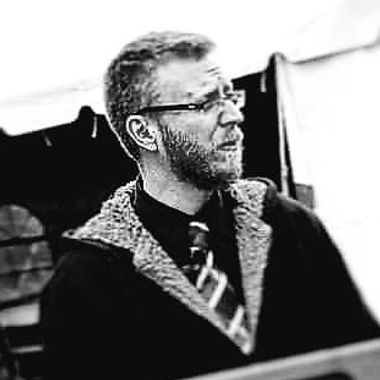 
Thousands of pro-abortion and pro-life sources illustrate a common fact that a new human being’s starting point comes into existence at the moment of conception. When the sperm enters the egg. Life. We know this yet some don’t care.


“You want to take away women’s choice!”


Nope. I’m all for choice. Choose abstinence. Use protection. Care for your baby. “Choice” stops when it means an innocent life will be murdered.


“You’re against abortion? But you encourage capital punishment?!”


Of course. Murdering an innocent human life is evil. Killing a wicked and guilty person is justice. You wouldn’t want the rapist to be brought to justice? You’d rather wish to murder the baby and let the rapist live?


False. Two separate bodies, two separate DNA’s. How many bodies did it take to make the one you wish to murder? Why can’t the father say “my sperm my choice! I get to abort the mother AND the child!” Think that would go over well? “My money, my wallet! No need to pay for child support!” How bout that one? No?


“It wouldn’t survive on its own!”


Nor would children with disabilities. Nor would any child, for that fact. Nor would some seniors. Should we murder them all? Create a perfect race? “Hail Hitler!” If a human being dependent on another is now subject to being murdered, well, when will your turn be up?


“You wouldn’t adopt any unwanted children would you?!”


That’s another topic, has nothing to do with the abortion argument. But ok. Let’s murder babies because they won’t be adopted one day? That sounds reasonable to you?
I would adopt. And most Christians I know would also. And many actually do. Do you?
Problem is, living in the abortion generation. It can take 8 years to adopt, and 8 minutes to abort. See the problem?


“You want to take away women’s rights?!”


“Rights” to what? Finish the sentence. The “right” to murder babies? That’s not a right. That’s a, WRONG. You have a “right” to life. And so does your BABY! Now be a mother and love your little girl, it’s a privilege!


“Women will die of unsafe abortions if we make it illegal!”


Ok. Let’s make rape “safe.” If murdering babies legally will help make it safer, why not rape? We’ll create “medical” stations providing “health care” for men to “safely” rape women. Or women to rape, men? You down? No? Why not? BECAUSE MAKING CRIME “LEGAL” DOESN’T MAKE CRIME “SAFE!”


“Religion should not influence our laws!”


What is, “murder?” What is, “law?” Where do you suppose we got the concept that murder is wrong and should be punished? Do you think humankind just came up with the idea one day from sheer coincidence? Think! While it’s still legal! Without God, there would be no law. He created it. And we, in civilized Nations, have tried to follow it. When we do? We prosper and live in security. When we don’t? We murder our babies. YES, Christianity SHOULD influence our laws! It’s only because it does that you have a mouth to speak your nonsense regarding abortion. Bring that trash to Iran and see how far your “rights,” go.


“Women’s lives will be ruined if they have a baby!”


Oh? Well, I guess my sick mother is a burden, time to get her “whacked?” I can’t go to university and be successful with her around, so off she does. Or. Can’t be a “Hollywood Star” without murdering my baby, right? Here are the facts. You went to a party, got drunk and fornicated, and you figured it best murder the baby instead of owning up to your responsibilities. Selfishness. How about this one? “I raped this girl and got caught. But I can’t go to jail? That would ruin my life! My life my choice!” You’re right, let the rapist go. We wouldn’t want jail to ruin his life!” Right? Yeah thought so. Next.


“It’s cruel to force a woman to carry a pregnancy which was the result of rape!”


So, you’re only against the very tiny minority of cases where abortion was done because of rape? No? Though so. What you’re saying is you want unlimited access to abortion at any developmental stage for any reason what so ever. And you’re using this one small remote case to do it? Listen. Is the evil act of rape in the mind of the woman who’s been violated, or the mind of the baby? And why must the innocent be murdered in this scenario? Would I call the cops on the neighbor on the right for the noise the one on the left is making? Let’s capture the rapist and hang him! Let’s not butcher the innocent baby in the belly. Truth be told, having the baby in such cases results in a healing agent.


“I’m pro-choice but no pro-abortion!”


Same narrative, different wording. “I wouldn’t murder my own baby. But who am I to stop another woman from murdering hers?!” And that makes sense to you? Next.


“Before I formed you in the womb I knew you; Before you were born I sanctified you; I ordained you a prophet to the nations.” - Jeremiah 1:5


“And it came to pass, that, when Elisabeth heard the salutation of Mary, the babe leaped in her womb” - Luke 1:41


For You created my inmost being; You knit me together in my mother’s womb. I praise You because I am fearfully and wonderfully made; Your works are wonderful, I know that full well. My frame was not hidden from You when I was made in the secret place. When I was woven together in the depths of the earth, Your eyes saw my unformed body. All the days ordained for me were written in Your book before one of them came to be (Psalm 139:13-16).


Yet You brought me out of the womb; You made me trust in You even at my mother’s breast. From birth I was cast upon You; from my mother’s womb You have been my God (Psalm 22:9-10).


And now the LORD says–he who formed me in the womb to be his servant to bring Jacob back to him and gather Israel to himself, for I am honored in the eyes of the LORD and my God has been my strength (Isaiah 49:5).


ANY OTHER VERSE IN THE BIBLE IS NOT GOING TO CONTRADICT THOSE QUOTED.


Abortion, at any stage of development, is a crime against humanity. It doesn’t matter if it becomes “legal” or not. It is a crime.


The entire case for abortions was birth from deceit and lies. Roe v. Wade was a scam, fraud, deceitful agenda. Get educated:


Abortion is a sin. And those who encourage it in any way, shape or form, will be found guilty also. Do you think God is going to return one Day and be worried about how much money we made this year? He’s going to bring to justice all the innocent bloodshed. And folks are going to have their hides burnt for eternity. And that means Christians who highhandedly participated in any way with this sin also.