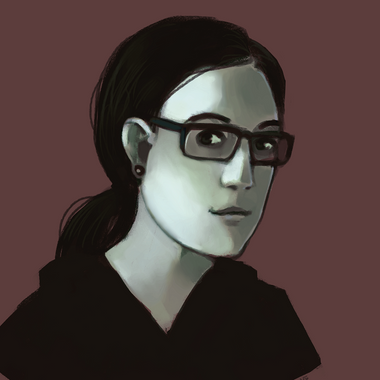 Ilexys Crowe
Illustrator, storyteller and lover of horror. Creator of The Chronicles of Mäthalun and GALE.
August 27, 2020 02:54 AM
Public post

My name is Ilexys Crowe, and I create digital artwork and narratives in the horror and fantasy genres!

I have two narrative IPs that are currently in the works, and all writing for those narratives will be exclusively available to Reader tier ($10+) and up. There is also exclusive artwork and a development blog for each project and future projects, available to higher tiers!

The Chronicles of Mäthalun | Dark Fantasy/Horror

Humans as we understand them went extinct on the continent of Mäthalun a long time ago. Ruling in their stead are their distant descendants, the Emer--an ageless species capable of feats their ancestors could only hope to achieve. Despite this, their society is deeply divided between the haves and have-nots. Resources are scarce, and wars started to cull the have-nots and for the entertainment of the nobility, who already cull their own for their own profit. Monsters--both figurative and literal--lurk in every shadow.

These chronicles follow those who lived in this world of Mäthalun. Those who survived, thrived, died and left their mark.

1973 was the year that most learned that the rural town of Grey Falls, WA even existed. It was the town where Gale Moseley--age 16, from Seattle--disappeared into the woods and was never seen again. Her parents believed she was murdered by a local man--the last man to see her. The media believed she was kidnapped by cultists, or yet another victim of an infamous abductor who was loose at the time. The truth was never discovered.

The year is now 2018. The case has been long cold, and life has returned to relative normalcy in Grey Falls. A young journalism major, however, plans to do her final project on the Gale Moseley case, ripping open old wounds and discovering that the truth about Grey Falls is far more sinister than anyone ever imagined.