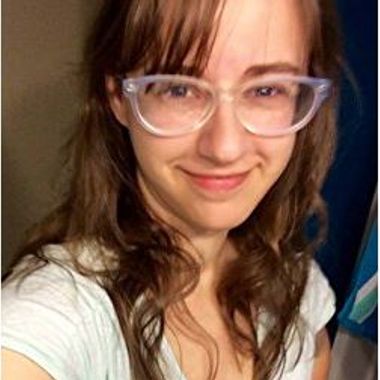 Hope you're up for a #sneakpeeksnippet of my newest book! Here's a sneak peek of "Dragon Tears," a christian fantasy novella and part of my series, "The Alliance of the Dragon Sword."

Even a Ghost can dream …

As a Ghost Child and Handmaiden to Ceru, the Great Sea Serpent and Guardian of the Laenite Tribe, all seventeen-year-old Thessa wants is a family of her own. When Ceru tells her she will marry an outsider and bear a child of prophecy, Thessa is more than excited—especially when the boy she loves, Garrison Rico, the son of the Arian Kingdom’s ambassador, agrees to marry her.

But at their engagement ceremony, Garrison withdraws his offer and exiles himself from the Laenites, Thessa is left alone, humiliated and rejected by her community. Unable to reconcile Garrison’s departure, Thessa questions her fidelity to Ceru for the first time—and sets out to defy him in revenge.

Dragon Tears is a companion novella to The Alliance of the Dragon Sword, a Christian fantasy series from award-winning, genre-hopping author C. S. Johnson.

“Ooh, Thessa, remember last time the Arians came? They brought us spools of fine cloth and those lovely shoes,” Philia gushed. “And that jewelry, too!”


“You know Ghosts like us aren’t supposed to draw attention to ourselves,” I reminded her. “Why get so excited?”


“I’m more excited for you,” Philia said. “Your Adoption Day is today. Surely, you’ll get your marriage arranged, and as a bride, you can be as extravagant as you’d like.”


As we made our way down to the port, Philia continued to babble, filling my head with even more daydreams and ideas. I couldn’t help but allow her ideas to whisk my imagination away into another world, and even the sight of the Arian ship tying off into port couldn’t fully bring me back to attention.


Over the gathering crowds, I heard Davar calling out to us from the adjacent dock. I could see the dark burgundy of his hair sticking out from his helm. Philia had been right, it seemed; Davar was in his full armor, decked out in his gilded breastplate and the formal, silver-embroidered leather underneath his chainmail.


We made our way over to the adjacent dock as the Arian ship crept closer to shore.


“Where’s Edmun?” I asked as we approached.


“He went to go with some of the other Ghosts,” Davar said. “Father Piet ordered him to get Cathedral City’s best guesthouses ready.”


“So you know who’s coming? What have you heard?” Philia asked Davar as we greeted each other.


“You wouldn’t believe me if I told you.” Davar straightened with pride, clearly enjoying having the upper hand over us; it was a rare occasion. “I’ve heard some of the portkeepers talking about it.”


“Well, tell us, then,” Philia insisted. “Don’t be cruel and make us wait. Is it another concert tour?”


“No, and praise the Creator for that.” Davar stuck out his tongue in light disgust. He had no patience for music, although I had to wonder if that was intentional. Thanks to Philia, who often took to gossiping, we knew that Davar’s father had likely been an Arian singer.


“Word has it that the Arian king has sent his highest-ranking ambassador here, and the ship’s marking proves it,” Davar said. He pointed toward the mast, where a royal purple flag waved in the breeze. “See the silver design on it? That’s the coat of arms for the Rico family.”


“It’s so elegant,” Philia said with a happy sigh. “I wonder what they’ve brought us? Maybe a new flag for Cathedral City’s public square? That would be lovely. Father Dion was just mentioning about seeing to the City’s upgrades.”


“I don’t know,” I said, suddenly noticing the small legion of troops standing on the top deck. “They’ve come with soldiers.”


“Well, I doubt it’s an invasion if you’re worried about that. They wouldn’t be that foolish,” Philia said. “Laena is very self-sufficient, and that’s largely because our troops help protect us.”


Davar grinned. “Of course we do, so you’re welcome.”


“Who says I was talking about you?” Philia teased. “You’re still at a minor rank.”


“Still better than you,” Davar snapped back.


“Women like you are the reason we fight. We protect the rest of the world from having to deal with the likes of you.”


I bit back a sigh as I ignored them. Philia and Davar had always been close, and with each passing year, I often wondered if they fought to prove they weren’t secretly in love. Due to the mysterious nature of their heritage, Ghost Children were not often allowed to marry each other. Ceru would be the one who would have the final say in that matter, but given the odds, I couldn’t blame Philia and Davar for their squabbles. Smaller pains in the present helped to possibly avoid larger ones in the future.


That was part of the reason the Laenites did not encourage some of the courting rituals many of the other countries and nations had, too. From what I knew of other nations’ temporal relationships, divorces, and dating disasters, I was honestly relieved. I wanted a lasting love, a love that I could rely on to strengthen and support me; something I could add to and something that could give back something even more beautiful.


As Davar and Philia continued to tease and taunt each other, I kept my eyes on the approaching ship. It was a grand one, with silk-lined sails and intricate carvings along both sides. The Arians were known for their spectacle as much as their presentation.


I squinted as I saw a solider moving across the ship, headed for the point of the bow.


The sun’s setting light flickered over his helmed brow like a kiss of lightning. I watched, intrigued, as he took out a small flute and began to play.


The trill of the music fluttered down from on high in a lovely wave, making my heart lurch inside my chest.


I had always adored music. Both in my darkest midnights and my bright moments of joy, I would sing songs and find strengthen and sustenance.


I looked for the source of the song, and found myself staring at a man near the maidenhead of the ship.


The flute player held himself upright with confidence and flare, and as I watched him play, I almost wished I’d learned how to play an instrument, too. I was part of the worship choir as a singer, but I was no great talent.


But I decided right then and there that if I ever had the time, I would write Ceru a song that would match my voice with the flute.


“Oh, that’s beautiful.” Philia leaned against my shoulder as she finally took notice of the music.


“Please, he’s not that good,” Davar argued, which sparked another argument with Philia.


I heard another shout from behind the flute player­, and the music halted in mid-song.


A breath of stillness and silence took over.


And then, in the blink of an eye, the Arian boat suddenly slammed against the receiving dock.


The dock’s wooden titles snapped. Ropes alternatively tightened and lagged, while several others called out everything from orders to screams of horror.


My eye widened in shock as I watched as the flute player. He wobbled dangerously atop the maidenhead of the ship, and just like before, a long, seemingly endless moment passed as we watched, transfixed by the danger.


And then fate finally gave its verdict.


Philia gasped, and even Davar’s mouth dropped open as the flute player lost his battle with his balance, and he fell forward off the ship.


I closed my eyes as he met the water’s surface in a devastating splash.

Well, let me know what you think! Release date for the ebook is shaping up to be at the end of this month, and I'm working up on finishing and refining the book now. So far we're close to 20K, and I'm fully anticipating it to be around 30 when I'm finished with notes and edits.

This is a #sneakpeeksnippet of my newest book (unedited), Dragon Tears, a companion novella to a new series I'm working on called "The Alliance of the Dragon Sword." This book is a novella that will be exclusive to my supporters on Ko-Fi and Subscribestar.

I know some people will ask me why I am doing this, and most of it is because I am just extremely grateful to my supporters. You guys have carried me throughout some hard times this year and some even since last year when I started doing this, and I am really grateful how it's turned out. And I believe in rewarding that generosity and investment.

The other reason is a little more selfish, perhaps. I want to move away from depending on other platforms to promote my work -- not entirely, but just using it less. Not a lot of people know this, but putting my books up on certain ebook platforms (Amazon, Google Play, B&N, Kobo, etc.) is not free. If you buy a book for $.99 on one of those platforms, I usually get $.35 -- and that's before taxes. The printing platforms also work in similar ways, and with that, there are shipping and handling costs, too. I understand it's part of doing business in a global market, and I do like having access, and I recognize it's good that they can use the income I bring them to update and secure their online systems and pay their own employees, so I am not complaining. I am just saying, in literal and practical terms, that I'd like to see what kind of power my work has to stand on its own.

For now, check it out on Goodreads and add it to your TBR list!

The book is going to be available online in hardback (I'm hoping to eventually get to audio), but my Ko-Fi and Subscribestar supporters will get a free ebook copy, and if I have enough supporters, I'll even be able to mail out signed copies!