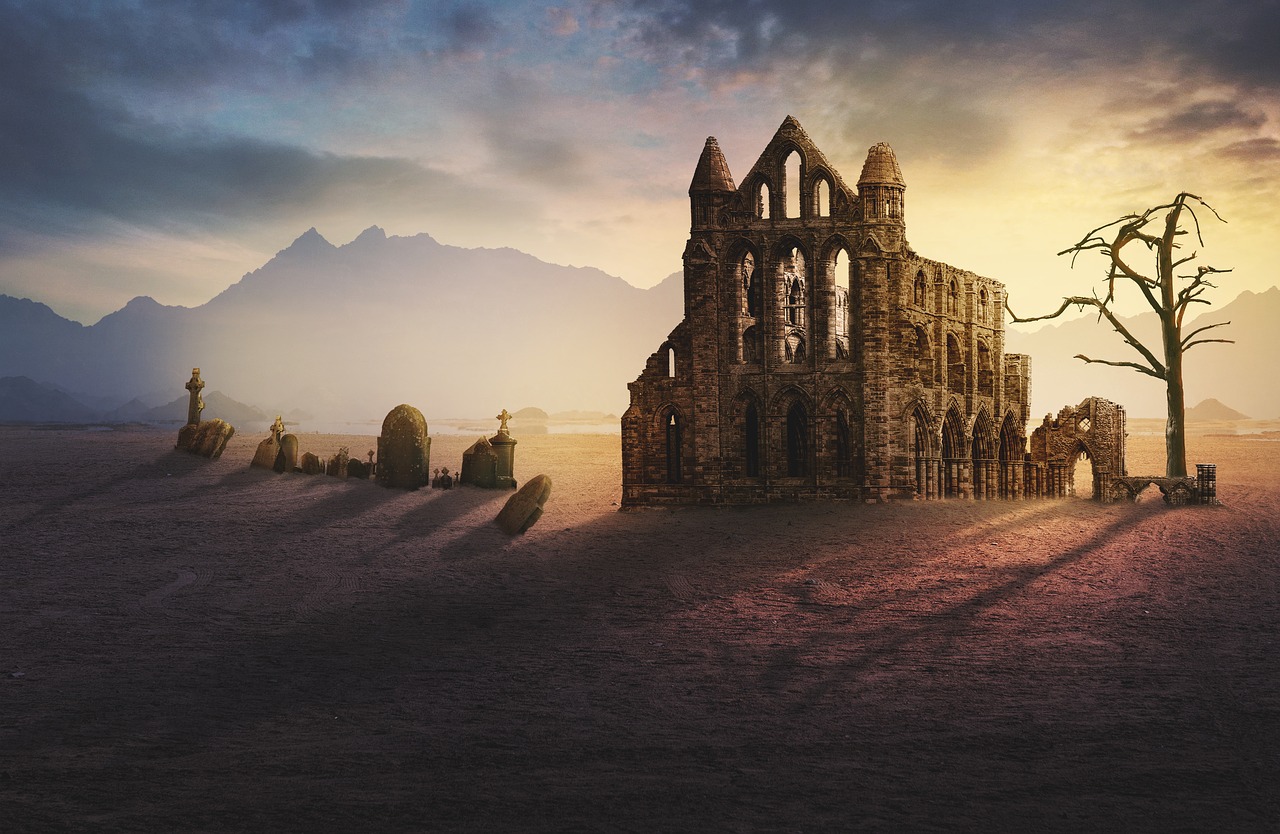 The air stank of iron and sulfur as bodies slowly moved from dying to dead on a hot Monday morning. The people of a village that traded wool and produced ale were no longer of the living. They sat, lay or hung on the ground, at the trees, by the river or in their homes with cuts, slashes and wounds that came from swords or other sharp objects that could cause such.

Supported by his double serpent cane, Radulf knelt beside a man who seemed to be a farmer. He laid his large pack down and searched its contents. He found a palm-sized needle, a foot-long saw and a knife with a flat blade. He tore the man’s tunic apart with his bare hands and pressed its skin around the upper chest area.

Trying to see with his one good eye, he punctured a hole in the middle of the collar bone. From the hole, he used the knife and made a straight incision down to the line of the hips. He then made parallel cuts from around the top of the chest and at the waist. Propping with his blade, he lifted the skins apart and folded them on each side, opening the cadaver.

Out of thin air, a tiny olive colored hand reached from the back of his shoulder and pulled itself up. The hand belonged to a foot-tall beast with the head and twirling horns of a goat. It hoisted itself up rightly on his shoulder revealing a man’s torso, balancing with its donkey hooves and legs.

“Are you done yet? Starving here.” His stomach growled.

“Patience is a virtue,” Radulf reminded.

Ignoring the beast, he began sawing the rib cage of the dead. When it had been cleared, he sorted the good organs from the bad. He then placed them in a jar that had a light brown liquid reeking of garlic and rotting cabbage.

He packed the blades back and sealed the jar. “This is done. You can have it, Bapholin.” After pushing himself up with his cane, he then moved to the next body.

The beast jumped to the dead’s face and opened its big mouth. White tendrils of smoke escaped the nostrils, ears, mouth and eyes of the dead and entered the man-goat’s famished insides. When it finished, it burped, satisfied.

“Where’s the next…” It snapped its mouth shut and then growled.

With no words of explanation, it galloped ahead on all fours, eyes straight, focus forward.

“Bapholin where are you—blasted,” he shouted. He hurriedly pulled himself up with his cane and followed after the tiny goat.

From corner to corner, the beast traversed over the dead, winding past market stalls, barrels, wagons and more. It traveled past the church, the school and the town hall, finally stopping at a small inn.

Out of breath, Radulf caught up with the beast now growling at the front door. “What was that useless running for?” he exclaimed.

“There’s someone inside.” Bapholin was at the door like a guard dog.

“Impossible. The wards are all complete,” he reasoned. “Neither the boatman nor the Cloak can enter. If this is one of your antics, I swear--”

Ready with his cane, Radulf gently pushed the front door open and stepped in.

A man had been pinned to the walls by three arrows in his torso. Beside him, another man, maybe his brother by semblance of face, was lying on the table with a cut right on his side. But neither moved nor showed any signs of living.

“Everyone’s dead. You owe me for that exhaustive run.” Radulf made his way to the corner, hovering over a plump woman with hollow brown eyes. She lay on a straw pallet with a blanket wrapped around her body.

“I know it’s here,” growled the beast. “I can’t be wrong. We know the difference.”

“Right. I suppose you do,” he aired. “Maybe you sensed a tree or a flower. There’s life in that, isn’t there?”

“You dare mock me human?” Its voice rose.

He laid a hand on the pale skin of the woman underneath the sheets. Her icy temperature competed with his own. “Oh no. I don’t dare that at all.” His nose sniffed nothing of the ferric smell of blood around her, or the process of decay.

It checked on the dead. “Life was here. It was here,” it defended.

Laying down his rod aside, Radulf stretched the left eyelid to better see the whiteness of her eye. He then opened her mouth and inspected its insides. When that didn’t satisfy him, he took the blanket off and began pressing his hand all over the body. Grumbles of frustration clouded his mind. He then ripped the dead’s worn out dress, displaying a fully naked carcass. Bapholin smelled the dead woman next. “What are you on about?” it asked.

He caressed every square inch of it. “This woman is dead, yet there are no signs of wounds, bruises, or stabs anywhere. It’s odd,” he explained.

“Perhaps she died of illness.”

“I presumed as well. But her body left no sign of fever or disease. Also, I cannot sense her soul. Others you have not devoured, I do, just not hers.”

A whiff of something caught the beast. It checked the woman’s head, then moved to her breast and then her belly. It’s small, bushy tail wagged.

“What? Do you suddenly want to do it with the dead? Didn’t figure you for that type.”

“No. You disgusting old fart,” barked the goat. “She’s with child.”

Radulf’s one brow rose above the strap of his eye patch. “Yes I had assumed so, considering her breasts and heftiness,” he stated.

“The child is alive,” it announced.

His face went blank; his posture, rigid. The next moment he had already found his flat blade and was cutting through the mother’s fat. His movements were careful and more precise unlike what he had done with the dead before.

“What do you suggest then?”

“Kill it. Then feed me its soul.” Its tail wagged again.

“You can have all the dead here,” he urged. “But this living creature. This beautiful creature will live. He or she will grow. And you will never eat him.”

Its eyes dilated, and then it snickered. “It’s already dying. His soul is leaving. And…it is a he.”

He had removed the flesh and skin enough to see the baby’s head. “No. No. He will not die.” He continued the delivery as his mouth chanted a spell, and the dead seemed to rouse from their sleep.

Bapholin’s eyes grew dark as it shook its head. “Crazy old man.” It stood on all fours, galloped away from the on-going labor and move outside to continue with his feast.