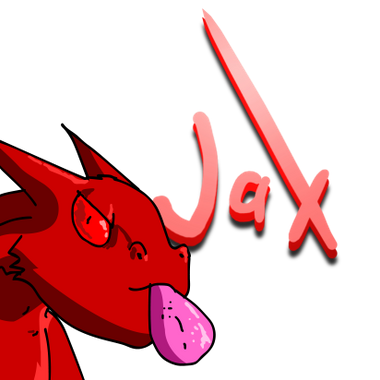 JaxLynnstarAnimate
Hoping to start again on animating, but I also need to support myself. Therefore, I've come to SubscribeStar to connect with my audience once more, in an environment that's safe from double standard policies.
AnimationArtMusic
Subscribe
Send Message

JaxLynnstarAnimate
I haven't really been able to properly structure myself.

So I'm going to put this here.

I may use subscribestar as a method for recieving $ for commissions, donations or something (so I don't have to use paypal) and this site connects to my bank via routing number.

(I'm slowly figuring out the function of the tier system and polishing up. All changes that occur will be updated and info posted when the changes are going live)

-Videos with Mature or Edgy elements are UNCENSORED (exception to reposted/re-edited really old videos). Swears and ALL

Not only supporting me (and my enslaved family mwahahahaAHEM! ) but the premium perk you'll be getting for this (and 2$ Tier) is one day early access to my content. Parodies, Originals, and Original Music before the masses do. If I could I would charge lower (like 50cents) than this. But the fees must be covered somehow to keep the subscription platform running and help creators make a living producing content for you.

(I'm slowly figuring out the function of the tier system and polishing up. All changes that occur will be updated and info posted when the changes are going live)

-Videos with Mature or Edgy elements are UNCENSORED (exception to reposted/re-edited really old videos). Swears and ALL

For those that think giving one dollar isn't enough. Here we count to two. Both this and the previous tier (1$ Tier) have the same perks. The purpose of this tier is to provide an option for those that take a big liking to my content and want to contribute more to support and help the budget monthly. But should ever I go into a 5 dollar territory with tiers, it will be for really big features, like if I animate an actual feature length or something.

(perks are same as 2 dollar tier)

(perks are same as 2 dollar tier)

I may be doing some restructuring for my Subscribestar. Changes will not go through until 2021.

I'm going to be reducing my Subscribestar to a donation option for people that follow me on Twatter, Minds, and other media like Youtube and Bitchute. Although with Youtube pushing the "you" out of what made it what it is and not what its becoming, I may just be using Bitchute and alternatives from now on.

Another reason, aside from music, I'm considering getting into the indie comic scene (if you heard of Jawbreakers, Cyberfrog, or Blade Devil, you know what I'm talking about...is that referred to as comicsgate? Well anyway)

What does this mean? Well for the time being, there won't be Subscribestar exclusives, but if I should become successful, perhaps I find a "rhythm" where I conistently provide content and someone finally donates or subs here, then I may consider bringing back exclusives, depending on what they are. Early access to music, videos, maybe a preview of a project before it launches, like comics?

I may have a day job now (yes a real one, I work at BK now), but it can't hurt to try make some extra change doing what you love, which even if no one donates, that won't stop me, even in these difficult times with "Corona Chan" being used to suppress the freedoms of people by power hungry governments.

Stay safe, I SHALL RETURN (well, always been here just, not active enough I suppose... follow me on Twatter, Minds, Bitchute and Youtube)

JaxLynnstarAnimate
Public post
Heres a sample of my music in a calm setting. A hiking trail? A cabin in the sunny woods? Mostly forest stuff!

If you seek to use this, please give credit in the description and tag my username in your work (aka I want be able to find it online as I get excited when people use what I make to enhance their content! I love it!). Commercial or noncommercial use welcomed!

JaxLynnstarAnimate
Public post
I'm going to be mirroring some of my videos from youtube onto Bitchute and Dtube. New stuff though will be posted here first before going live for the masses. I received advice from a friend that I should raise prices on tiers to add value.
However, I posted the 1 and 2 dollar tiers because I wanted to provide options for budget conscious fans (and I'm also aware that the economy is being rigged by companies going woke and trying to manipulate where we spend income and getting offended when we spend it where they don't want it to the point of closing accounts or adhering to the toxic minority).
But I'm not going to increase prices on the first two tiers. I will instead add more tiers and see where this goes (mind you, the new tiers will share the same perks as the 2 Dollar as they'll serve the purpose giving the option of giving more monthly to small creators like myself should any fans feel like it).
I'm still learning as I build this, as I used to have to depend on ad revenue for the few cents I was given on youtube, before I was demonetized when they rolled out the monetization requirements that small channels couldn't keep up with. For those willing to subscribe or donate, much appreaciation and I thank you!
Comments (0) loading...
Like(0)
Dislike(0)

JaxLynnstarAnimate
Public post
I've finally setup routing to my bank, so now donating and subscribing functions are now available! The only way to test it is to get this party started of course! Stay tuned!
Comments (0) loading...
Like(0)
Dislike(0)

JaxLynnstarAnimate
Public post
And now, a test of the video posting. I want to see how the video player fairs on Subscribestar as well as how it appears in the content library before I post a welcome vid. So here's an old one you can also see on my youtube channel of the same name.
Comments (0) loading...
Like(0)
Dislike(0)
View previous posts (6/8)
See something you like? Subscribe to see even more!
Subscribe Now
The subscription gives you:

$83
to reach
the Goal
Like my work? Help me LIIIIVE so I can make more for you!