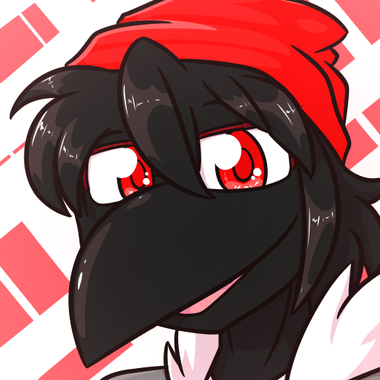 Just a buck if you want to support my content a bit. ^

By supporting me on this tier you'll get these rewards:

-All rewards from the Ink Vial Package.

-10% discount on all future commissions.

So as someof you might know by now, I decided to start developing Wizmorf's Tale from scratch, as I wasn't happy with the result from the previous attempt. The mechanics were there, but trying to tweak them led to more bugs so I decided to build it from the ground up with all the needed elements for later.


And so what better way to start the journey once again than by giving our wholesome protagonist a big of a refresh. Not really a redesign, but something to know what style I'll be going for from this point onward with Wizmorf.


I'll be doing profile pics for the rest of the characters that will appear in the game as main roles. And who knows, I might open some fan-slots for peeps to have their mage OCs appear as cameos in the game.


That being said, Wizmorf says hi.~

InkiCrow
Public post
So... I guess in a way to bring moods up and get everyone's spirits up, Kirby has come to deliver a message to the masses. Heed it, and it'll all be alright.

Yes, I had to write it, but I'm sure he'd say the same too if he could write... or talk. >3<
KirbyArtFanartMotivationalWholesome
Comments (0) loading...
Like(0)
Dislike(0)

And here I present to you all, releasing the final update to Amourverse DOOM: Yesenia. Now in it's version 1.2, it's basically complete at this point, as I'm not gonna be adding any major changes for features.

I'll still keep an eye on it in case of bugs and whatnot, but as it is, this is the full experience.

InkiCrow
Public post
So after learning a good amount of Live2D, I finally finished the VTuber model. Hope you like it.~

Though I do need a web cam to get a better capture. Gonna work on that.
Comments (0) loading...
Like(0)
Dislike(0)

InkiCrow
Public post
And once again after months of not showing much, save for a few Twitter posts, I finally did a full devlog on the current progress of the game. I finally finished the tutorial stage on the visual side of things.

I was confident I had solid mechanics, so I went in and gave the stage a visual upgrade, from a black and gray void to an actual wizard tower room... kinda.

What do you guys think of it so far?

InkiCrow
Public post
I was tired at the time I posted the tweet, so I forgot to spread it everywhere. (I should've done it here earlier. Thank goodness SS has their own dedicated video player!~)

So I managed to make a few more advances on mostly the stage itself. I've changed the graphics on the boxes and some other gimmicks in the stage, as well as added a few particle effects on things, most notably on Wizmorf. His spells have a splash when collided and when he charges, there's an aura of sorts surrounding him.

I've also changed the box at the end to be what I call a platform block. It's basically a block that has a magic platform above it, which grows or shrinks depending on what you cast at the block itself. Kinda wanna practice some other gimmicks with this concept.

I've also added some sounds to give the game a little bit of life. Buuuuut I might replace those later with some original sounds. For some reason, the sounds currently in there feel kinda off-character...
In any case, that's my full update on the game so far. I'll also be streaming some more gamedev this Wednesday, so stay tuned for that.~
Comments (0) loading...
Like(0)
Dislike(0)
View previous posts (6/12)
See something you like? Subscribe to see even more!
Subscribe Now
The subscription gives you:

$0.00 of $100
per month
By reaching this goal, I'll have be able to pay the common bills and it'll give me breathing room to work further on Wizmorf's Tale.
$0.00 of $200
per month
Reaching this ammount will let me get my common expenses dealt with, and I'll be speeding up on the game's production.