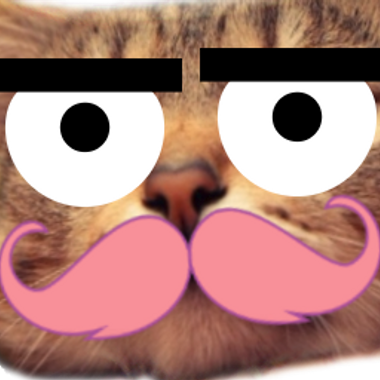 I can really make use of your support. Your name will be credited in every games I make forever on.

Choose this if you're feeling extra generous. I can really make use of your support. Your name will be credited in every games I make forever on.

I am forever grateful to you.

The end of huevember challenge

Ok before we get to it, wordpress and blogger are free only if you're a CSS programmer. Otherwise you have to pay $40 a month plan which will allow you to use plugins that unlock the full power of blogging. Without it, it's nothing more than notepad.exe. So I'm just gonna do the shit on photoshop (not exactly photoshop™) and put it out as one big picture.
Also our beloved SubscribeStar here seems to have addressed their notification issue.
Comments (0) loading...
Like(1)
Dislike(0)

So, I will release two danmaku games. One is a very simple Touhou clone with no special mechanics whatsoever. Because I as it's my first large scale game, I wanted my learning ground to be clear and concise. And after that I will make another, bigger game that is still Touhou-like at the foundation but build a lot more on top.
For that reason, when I first started making this game, I didn't plan to put too much time and effort into making it pretty. I planned it to be just a throw-away game that exists solely as an academic project. But after such a long time of working on it, I grew attached to it and suddenly I couldn't bring myself to purposefully half-ass it.
So, initially I had two restrictions for above reason:
But now these two "restrictions" are removed. And I have already accomplished the first change. As I realize how artistically boring it is for the same looking enemies to reluctantly crawl onto the screen, I decided to make each stages to have unique enemy spawning animations. Of course, the simple rolling onto the screen will also be mixed in.

Also important note here. This website is not only not equipped for blogging, it's been suffering from quite serious syncing problem for months now. When you like and/or comment on my posts, that will not appear on my screen until after about 20 days. So from now on I will look to use a proper blogging websites like Wordpress to keep you in touch. And here will only be links to there. So, if you have any comments to leave, do so there when I setup a wordpress or something.

for the puppet and the ghost

First one is used for the main pose but then I changed the off-hand from touching his scarf into holding it around his chest with the help of that stock photo of a hand. As I'm not a professional, I don't know how to draw a non-animated still image to convey the motion or the intent of the puppet reaching his hand up to the ghostly face on his shoulder. Now it looks like he's making a highschool graduation speech with his hand on the chest.

The reference art on the top right side of a woman is a randomly found art on Twitter I bookmarked a year ago finally coming to fruition.

QUEEN MARIKA (ooh Elden Ring) is used to look and weakly study how cracks work. I'm incredibly glad I did that. Because if I just went in blindly otherwise on the cracks, the entire art would look very bad. Thank you Your Majesty.

I didn't even google "blue fire" like some kind of an idiotic non-touhou-fan, ew. Before I even started drawing, I already knew to use Shion Yorigami's fiery hair as a reference.

Finally, I couldn't find any reference for the ghost's hands. So I just quickly took a selfie and used my real hands as a reference. Then I immediately deleted them afterwards because I just hate selfies for no reason.
Comments (0) loading...
Like(1)
Dislike(0)

Vision from a dream

I don't remember exactly when, but several months ago I had a dream. But unlike most dreams that are animated like movies, this one was just simple view, a snapshot if you will. I had a vision of a zone in a game I will make in the future. Today I decided to paint it.
I'm a huge fan of Castlevania and I absolutely can't wait make one of my own. The correct term I should be using is "metroidvania". But I personally put more emphasis on the "Castle" part. I wanna make a metroidvania game that takes place in an enormous castle with extremely diverse zones, from a boiling lava chambers to a snowy ice peak.

This is an indoor garden of giant thorny vines in a gigantic hall. Through it's massive windows, the setting sun shines it's amber light in such an acute angle that it renders everything into silhouettes.
Comments (0) loading...
Like(0)
Dislike(0)

I underestimated. I'm overwhelmed. I wanted to draw this piece for a very long time and today is the day. I'm INCREDIBLY proud of how it turned out. It's so beautiful.
does calling my own art beautiful make me a narcissist?
Comments (0) loading...
Like(1)
Dislike(0)
View previous posts (6/58)
See something you like? Subscribe to see even more!
Subscribe Now
The subscription gives you: