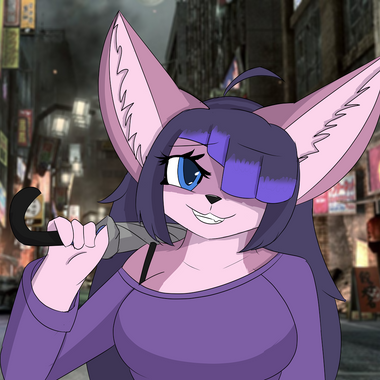 FennecHands
Welcome to my SubscribeStar! I'm a dumb trans girl aiming to stream as a full time job.

- I stream every weekday at around 9-10PM[GMT] on Twitch. I will mostly be streaming alone, but some days you will find me being joined by my friends
- As of right now, this page is mostly just a "tip jar" for those who want to support me, but once I am able to do it, subscribers will get extra bonuses, like exclusive channels to hang out in my discord, having a vote on what I stream through votes and suggestions, or even joining me in certain streams!
- Pledging isn't necessary to enjoy my streams, but every bit of support will go directly towards helping me improve the quality of my streams, by giving me the money I need to afford better equipment, more games to play, and items for possible giveaways

I am incredibly grateful to any support I get, and I can't thank any of you enough!

For people who want easy updates on what I post here, but may not have the funds for a monthly payment to some idiot on the internet

Access to the Patreon exclusive channels on my stream discord servers

You will have priority in streams where I play with viewers! I will announce when this is happening beforehand

Includes ALL benefits, with some extra love from a smol fen 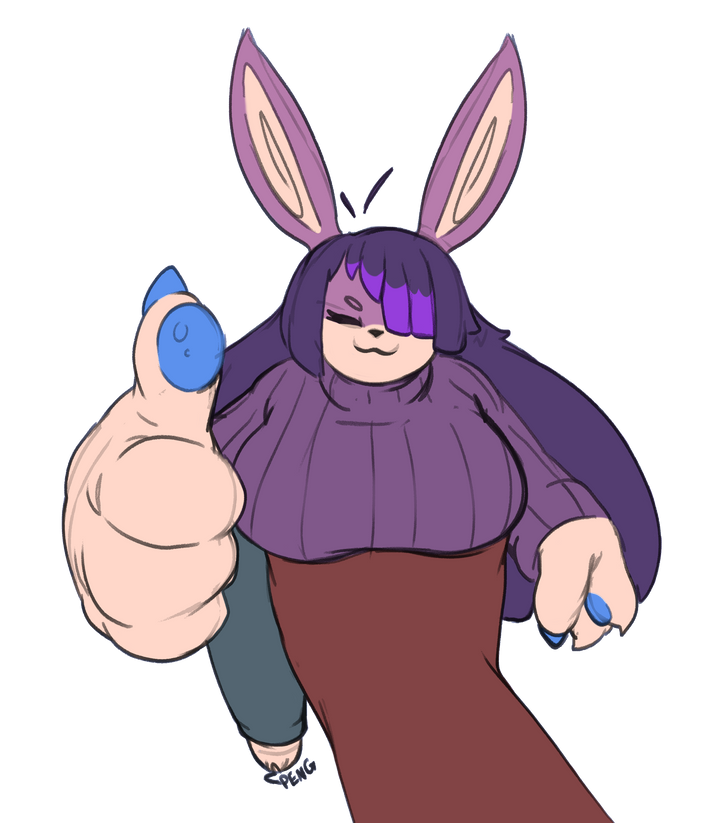 What do I do with this page.


I really don't feel like there's any reason for people to subscribe here, and it kinda shows with how little people do. Don't get me wrong, I do appreciate you guys who have been supporting me, but I can't lie to myself, my stuff clearly isn't good enough to merit many people actually giving anything here

The other problem is that there isn't really much I can do here, I don't have the money or following to really do giveaways or sub only events, but those are things i want to do eventually. If there's anything else that I could do, I'd really like to know, because I'm a desperate bish who needs who kinda needs money to live n stuff


Whoops, looks like that big fundraisy stream I was talking about with raising money for my VR is actually gonna be 24 hours long!

Since it's spooki month, this whole stream [minus like, 1 or 2 sections] will all be spooky themed, starting at about 3pm GMT [like last time], kinda vague schedule below.

And like I said, this will be a fundraiser stream to get me enough moneys to buy a new VR headset, more specifically, the PICO 4, since it's a very good choice for my budget and available space. For donations, I have a few goals setup for the stream, which can also be found below.

Please share this around and throw any support you can my way, everything will be greatly appreciated, and is going directly towards improving my streams in both quality and variety 💜
AnnouncementStream
Comments (0) loading...
Like(0)
Dislike(0)

Haha oops ok I won't forget it this time lmao


Yup, I'm forcing myself to get on this so I don't miss it again, so I'm telling you NOW: The 24 hour stream will be starting on the 26th [this Friday], at around 3PM GMT

This also means I will not be streaming on the thursday before it, so I can give myself enough time to rest up before we start it.

While I do have some games planned, I don't have things for the entire 24 hours ready, so if you want, check the previous post for a look at my entire steam library and suggest things you would want to see at some point [not guaranteed to play them but hey it gives me an idea], I can also obviously emulate older games n stuff, and if I can get my PS3 emulation running and stable, I can do that too

I'm also gonna Kind of be running it as a fundraiser stream, to help save for a new VR headset, So I can start streaming the like, 4 VR games I bought specifically to stream, but couldn't because my old headset borked on me >:v, so if you have some money to spare and want to see me play games like HL:A, Boneworks, and other funny VR games, consider throwing it my way during that stream, if I can think of anything, I'll have fun little things I can do for certain "milestones"

Also here's a very rough plan on what I'll be doing for the stream, will likely change and adjust things but this is the general idea of what I want done

Anyway rambling over, see you guys on Friday, be there or be... uhh Idk it doesn't really matter that much
AnnouncementStream
Comments (1) loading...
Like(0)
Dislike(0)

Remember when I said I would do a 24 hour stream?


Well yea I'm thinking about it again, and I'm probably gonna do it some time next month, but I don't really know what I should doto reach the time on stream, so I'm once again asking you guys to make the choice for me

Here's every game in my steam library, I can also do emulated games n stuff. Lemme know in the replies of anything you'd wanna see me to do on the 24 stream. This isn't a 100% poll thing where I'll only play the most suggested games, it's just so I can take suggestions on what people might wanna see my tired ass play

I'm not bothered to hide the games I've already finished on stream so lmao
AnnouncementStream
Comments (0) loading...
Like(1)
Dislike(0)

Woah, that's a lot of hours!

Have wanted to do a 24hr stream again at some point, but never really had the time to figure something out

What type of game[s] would you guys want to see me stream for that. I have a few ideas, but I need to make sure I have enough things to keep me going for the whole 24
AnnouncementStream
Comments (2) loading...
Like(2)
Dislike(0)


I've finally got a new GPU! This means I can finally play more recent high quality games that I wanted to before but couldn't because of performance issues.

It's an AMD RX 6800xt [the one in the pic lmao], which for people who aren't sure, is essentially the AMD equivalent of a 3080 Ti, this is a HUGE upgrade compared to the ooold 1060 I had before. It also has a screen on the side of it for some reason, which I can put custom images and GIFS on

One problem has come from this however, one of my monitors has stopped working with it, I'm assuming it's because the screen is too old, since it is very old, meaning I'll have to save up to replace that now instead, also meaning nudge nudge wink wink 👉👈 🥺

I've also added a free tier! I didn't realise this was possible before, and it means it'll be much easier to get to that 5 minimum I need for payouts. It will be a tier for people who may not be able to spend the money on an idiot like me, but still want to keep up on updates about the page. there are no rewards currently for this tier, but idk maybe in the future I'll do something with it.
Comments (0) loading...
Like(1)
Dislike(0)
View previous posts (6/10)
See something you like? Subscribe to see even more!
Subscribe Now
The subscription gives you:

$40 of $160
per month
It's nowhere near enough to live off of, but if I'm able to actually get paid here monthly instead of having to save for 3-4 months, it'll make a lot of things MUCH easier for me