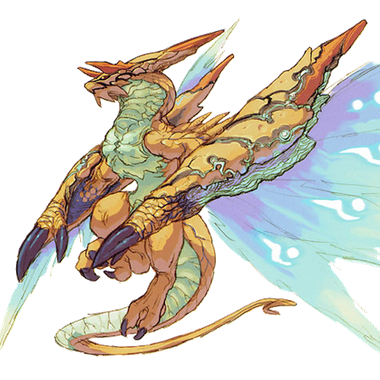 Arkenas Einbrecht
By proceeding, you confirm that you are
at least 18 years of age.
Yes, I choose to proceed
Cancel
Cancel

18+
Arkenas Einbrecht
I'm a creative type with an obsessive drive to invent and publish his own products. I am currently working on a complex and modular digital tabletop RPG system, as well as a manga that relates directly to the setting for said tabletop.
Subscribe
Send Message

You just want to support the cause. This tier grants access to subscriber only posts.

This tier grants access to a private discord server where I will post work in progress for my tabletop.

This tier grants previous tiers' rewards, as well as access to testing for my tabletop. You can sit-in on sessions or read archives or chat with us. This tier will also grant past/present subscribers a digital copy of the finished product once it is ready.

This tier grants all prior tiers' rewards, plus the ability to participate in test sessions. I don't know why any one would select this tier. Seriously. Have you ever tested any thing before? It's not fun(unless you're a weirdo like me and enjoy getting into the guts of shit). 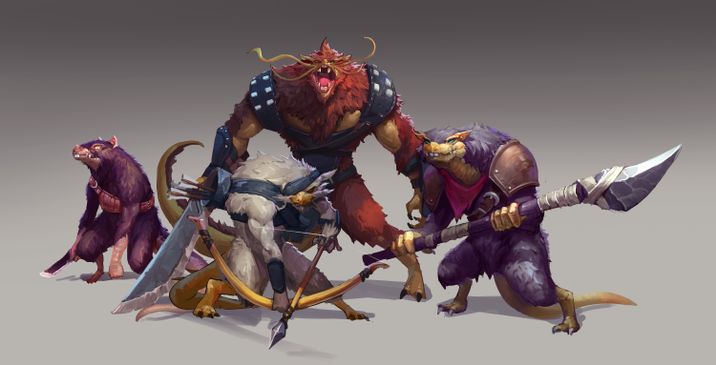 The concept art here was, once again, created by the talented Jeff of Jeffchendesigns. These massive subterranean grubs primarily prey upon farm animals and pets, but have been known to consume children and young adult humanoids given the opportunity.

Ouroboros Grubs trap their victims by snatching them with their tentacle-like appendage, rendering their target catatonic within seconds due to the spines injecting a powerful paralytic agent. The victim is then swallowed whole, triggering the glands on the underside of it's mouth flaps to release a digestive acid that breaks down their meal slowly over the course of a few hours.

Their hide provides nominal protection from potential predators as it is a hardened layer of self-replacing chitin. That is, the grubs produce more chitin with each meal--essentially turning their fecal matter into body armor.

With each feeding eggs are produced. Over the course of their one to two year life span Ouroboros grubs will produce upwards of 30 eggs. Toward the final months of their life-span grubs will burrow 15-20 meters beneath the surface and create a nest. Once safely residing within said nest they enter a hibernative state--conserving nutrients from their last meal.

During this sleep cycle the eggs contained within the body of the grub begin to swell and hatch, eventually causing the grub to burst open unleashing upwards of 30 perfect--if somewhat small in size--copies of itself. These newborn then consume the nutrient-rich remains of their progenitor over several days--remaining within the nest until they are capable of defending themselves.

What sets my tabletop apart from others?

The system is highly modular, allowing a great deal of character customization through the discipline system. The discipline mechanic allows a player to alter their character, their equipment and abilities. Disciplines even grant the player the option to create abilities and equipment from the ground-up.

One further element that differentiates my system is the lack of dice for RNG. Rather than dice I've created a multiple card-deck system that ties into various mechanics and allows the player greater control over randomization.

As for the theme of my system and setting--it is heavily inspired by the Breath of Fire series of games. As such what you get is a Dark fantasy science-fiction hybrid that contains every thing from 3-feet tall bipedal mice, to 8-feet tall dragon-men to gargantuan mana-fueled machines and every thing in between.

The concept art presented here was created by Jeff of Jeffchendesigns. Black Cloaks are an arrogant, loyal, and vile breed of inter-dimensional beings. Spawned by the unchecked power of the void and tainted by evil.

These entities closely resemble a cloak or mantle of royal quality comprised of shadows so thick they appear solid. Their goal is to possess and control mortal vessels, then use said vessel to carry out their masters' whims.

Once possessed a victim unwillingly cedes control of their body and soul to the black cloak. The black cloak subsumes their victims' memories and training. This process also forces the consciousness of the victim to watch on as their life is taken over by this oppressive existence. The horror of this experience grants the black cloak a steady source of tainted soul-energy to infuse it's dark abilities with even greater power.

The concept art presented here was created by Jeff of Jeffchendesigns. Tentatively named dragonrats, these vile pack-mentality creatures are violent and extremely resilient.

Pack leaders form a psychic bond with their subordinates. This allows the leader of a pack to serve as a psychic hub of sorts--sending and receiving data near instantaneously. Subordinate dragonrats however are merely psychic empaths. They received and send data, but not on the same level as a pack leader.

This means these critters are particularly difficult to ambush as once a single dragonrat notices signs of an intruder--the entire pack will know shortly there after.

Dragonrats are the product of profane rituals that infuse rats with tainted dragon blood. This process causes the vermin in question to mutate rapidly. Poisonous blood and extreme regenerative capabilities are their major characteristics. The only known way to kill a dragonrat is to destroy both its' brain and heart.

Their poisonous blood causes dragonrats to have an acrid smell to them. They frequently self-harm in order to coat weapons with their blood.

This is a test image of the main character for my manga created by the talented Jeff of Jeffchendesigns. The story for said manga is complete. I am simply waiting for the artist I wish to hire to have the time to do the work. There will be many more iterations of this character as he, by design, is a shape-shifter with no default form.

$2,000
to reach
the Goal
My goal is simple: Finish the final phases of development for my tabletop and begin selling it digitally. Additional income will be massively helpful in this respect as it will allow me to commission more art per month.